CD is used as a chassis. Motors have been selected appropriately. We are using 6V DC toy motors without any gearing down. The torque provided by the two motors is enough to drive a CD bot that is quite light weight. 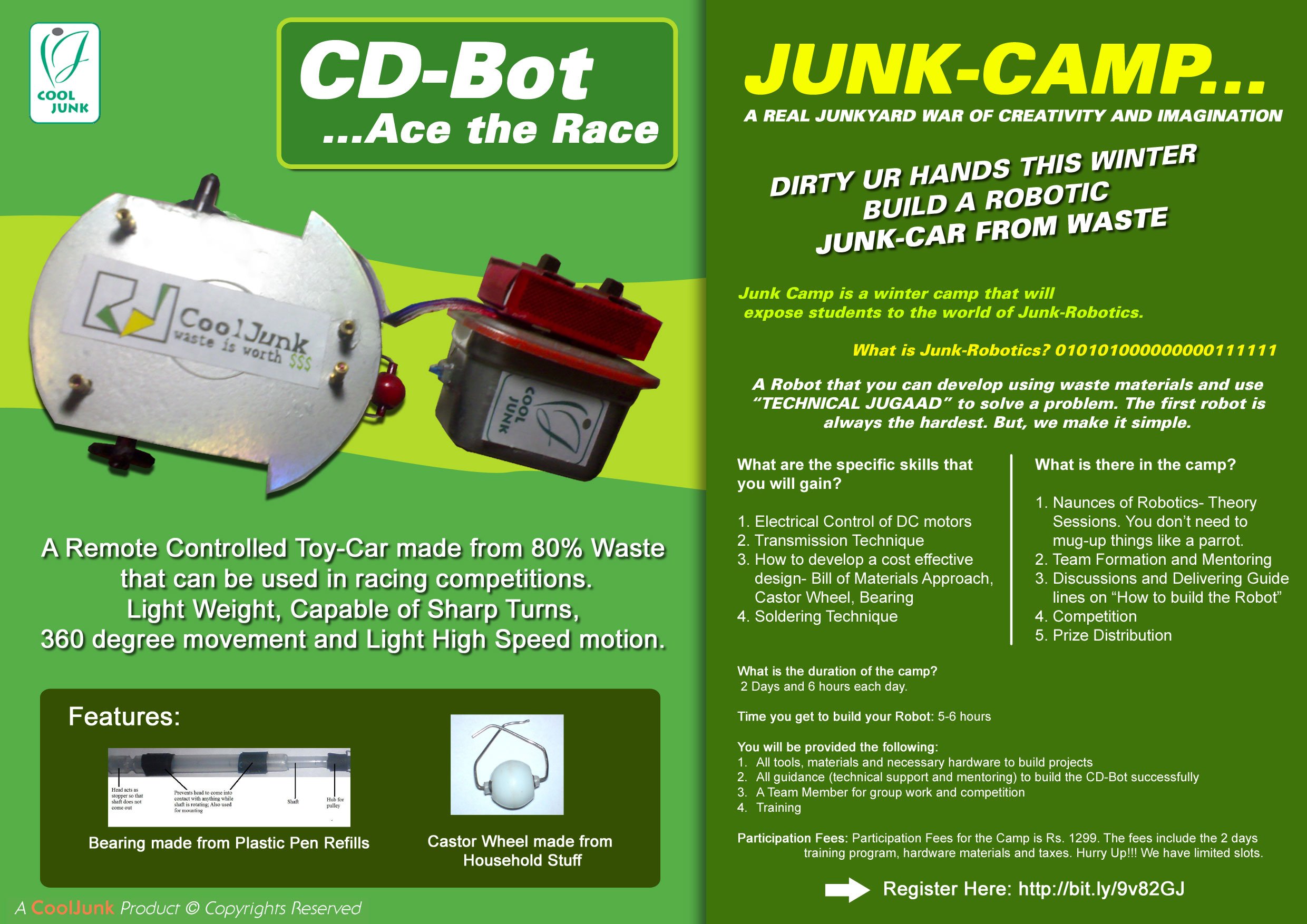 CD is used as a chassis. Motors have been selected appropriately. We are using 6V DC toy motors without any gearing down. The torque provided by the two motors is enough to drive a CD bot that is quite light weight.

The switches that can be used may be SPST (single pole single throw), DPDT (double pole double throw), SPDT, DPST, TPTT, TPDT, TPST and so on.We’ll make use of a DPDT switch as we need to switch two nodes (the motor terminals) between the positive and negative terminals of the supply.

In one state of the switch (or one throw), one terminal of the motor is connected to the positive and the other to the negative of the battery. In another state, reverse connections are needed. Connect the motor terminals to the poles on the switch. Connect positive end of the supply to one of the other contacts and the negative end to the other contact on the same pole. Similarly, connect the supply to the contacts on the other pole with the polarity reversed.

Now the switch would give you a complete control over the motor direction. Repeat the same process for the other motor also. Mount the switches on a small plastic box and put the batteries into this box. You can put the batteries on the bot too,  if the motors are strong enough to move with the load. Now you have two switches that allow you to control where your robot goes. Running both motors forward makes it go straight ahead and running both of them backwards makes it go straight back. To turn left the right motor moves forward and the left one backwards. The opposite case makes the bot turn right.

9. Put the other CD onto the lower one separated by stand-offs made from pen-refills and coupled together by long screws that run through both the holes in two CDs.

10. Congrats! You have just made your first bot from junk. You are ready to roll!

Did you have junkfun as we promised?

This site uses Akismet to reduce spam. Learn how your comment data is processed.

Proudly made in Phoenix AZ